You are here: Home / Blog in English / Ancient Civilizations of Mesopotamia
Condividi

You know that Kuwait has an ancient history which dates back to before the ancient civilizations of Mesopotamia of Assyrians and Babylonians and  Egypt of the Pharaohs, Kuwait history has its origins even in that place mentioned by the Bible and also present in Sumerian mythology that was The Garden of Eden.

Here where today there is the desert, once it was decidedly greener with prairies similar to savannhas, heavy rains  and watercourses that have dug deep furrows featuring the current desert territory.

This area, developed around the whole Persian Gulf is identified as The Garden of Eden.

Here one of the greatest civilizations of the Middle East developed, the nerchantnavigators Dilmun, founded off the coast of Bahrain, which established a dense network of trade routes.

All started with copper. It was mined in ancient Oman and exported with Mesopotamia and the Indus Valley. The population of Dilmun saw in the mouth of the two rivers Tigris and Euphrates, among the largest rivers systems of the world, where today there is Kuwait, a strategic position at the entrance of one of the best natural ports in the Persian Gulf, and it buili Failaka Island a great city, was vestiges are among the best preserved-testimonies in the life of Bronze Age.

But a recent archaeological discovery I was the first to tell, among other things in italy on behalf of the AGI dates back to the bay of Kuwait even the first evolved human civilizations, dated over seven  centuries before the birth of Christ.

The waters of the Kuwait Bay were indeed very rich in fish, thanks to the limo brought from the mighty river systems of Tigris and Euphrates, and they were an ideal place to live. So it is not difficult to understand why

above the current Kuwait City, in the northern part ofKuwait settled

first pre-Mesopotamian culturse called Ubaid, a culture that takes its name from a city with the same name, Ubaid, in Mesopotamia before the Sumerian arrival, featured by painted ceramic and the Templar achievements that mark a net passage to words collettive a religiosity: here it was discoveredthe oldest temple in the whole region and the fondations of a square, close to Mutla Ridge, the Kuwait plateau.

When Alexander the Great arrived in the third century BC, the area was a thriving shopping center as told in the Anabasis by Alexander, the text describing his achievements, written by the historian Flavio Arriano who explain that his admiral Nearco founded an important commercial colony on Failaka island. Alexander the Great called it Ikarosand it became a thriving Hellenic colony from the third to the first century BC.

Today on Failaka island there is the most important archeological site of the whole Persian Golf. Here are the remains of some temples dedicated to Artemis and Apollo, stele bearing instructions for the promising colonial

between Mesopotamia and India, all preserved in the Great national Museum, rebuilt, even if the works are still uderway. And the images of the Capitals of the ancient Ikaros are today on one diner banknotes, which is the most used banknote in Kuwait.

Kuwait that today doesn’t outstand for tourism policies would have its own history to tell, if it decided to invest on it. Thanks to the presence of a new resort on Failaka island visitors are attracted here and the island is starting to acquire the the revelance it deserves, turining into an important archaeological site.

Generally, Kuwait is one of the must visit places at least once in a lifetime, because it is where man has began his conquest of the world, at the mouth of Tigris and Euphrates, called Kuwait, that everybodystudied at school. 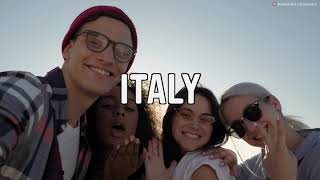